enhancing understanding of iraq through programs, research and advocacy 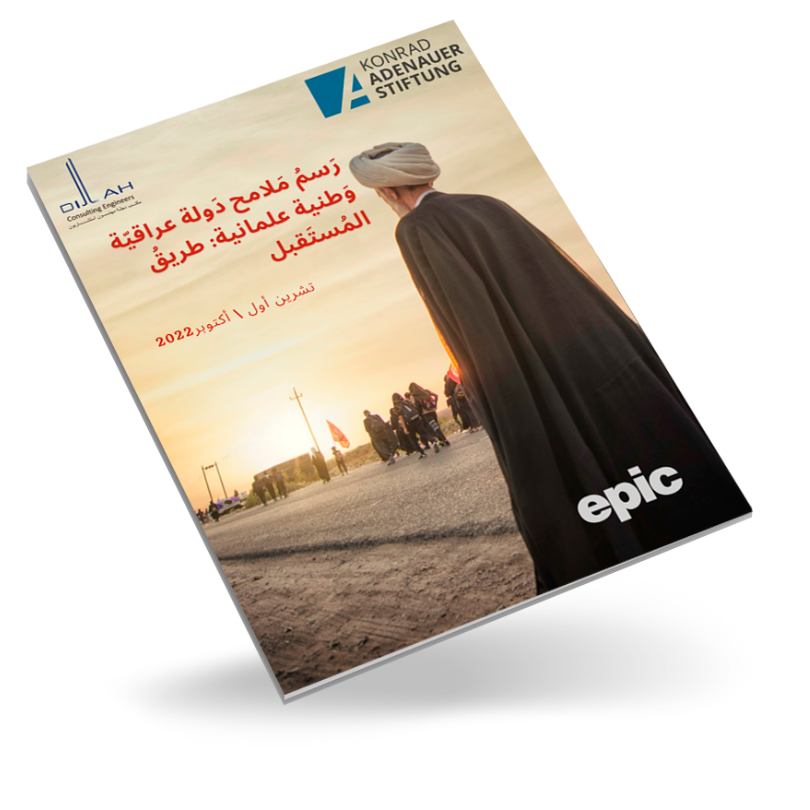 In recent years, many Iraqis have been expressing growing frustration with political dysfunction, corruption, and poor economic conditions, which they largely blame on muhasasa, the ethno-sectarian apportionment of political offices that has characterized politics in Iraq since 2003. This frustration gave rise to popular protest demanding systemic change, most notably in 2019, when the Tishreen (October) revolution saw hundreds of thousands gather at Baghdad’s Tahrir Square, Nasiriyah’s Haboubi Square, and in towns all across southern Iraq.  Based on their slogans and demands, the protesters made clear their desire to see an end to the current political system and established political parties.

At least once a year, EPIC welcomes a new cohort of interns – young professionals seeking to add practical experience to their academic backgrounds in humanitarian affairs, international relations, security studies, political science, public relations, and beyond. We are grateful for their contributions to our research, action, and advocacy, and for the opportunity to connect them to Iraq and its people. Please join us in welcoming our Summer 2022 interns: Hinda and Rebaz! Hinda Shakeeb: was born and raised in Baghdad and is a recent graduate from Colorado States University with a bachelor’s degree in communication studies. In addition to 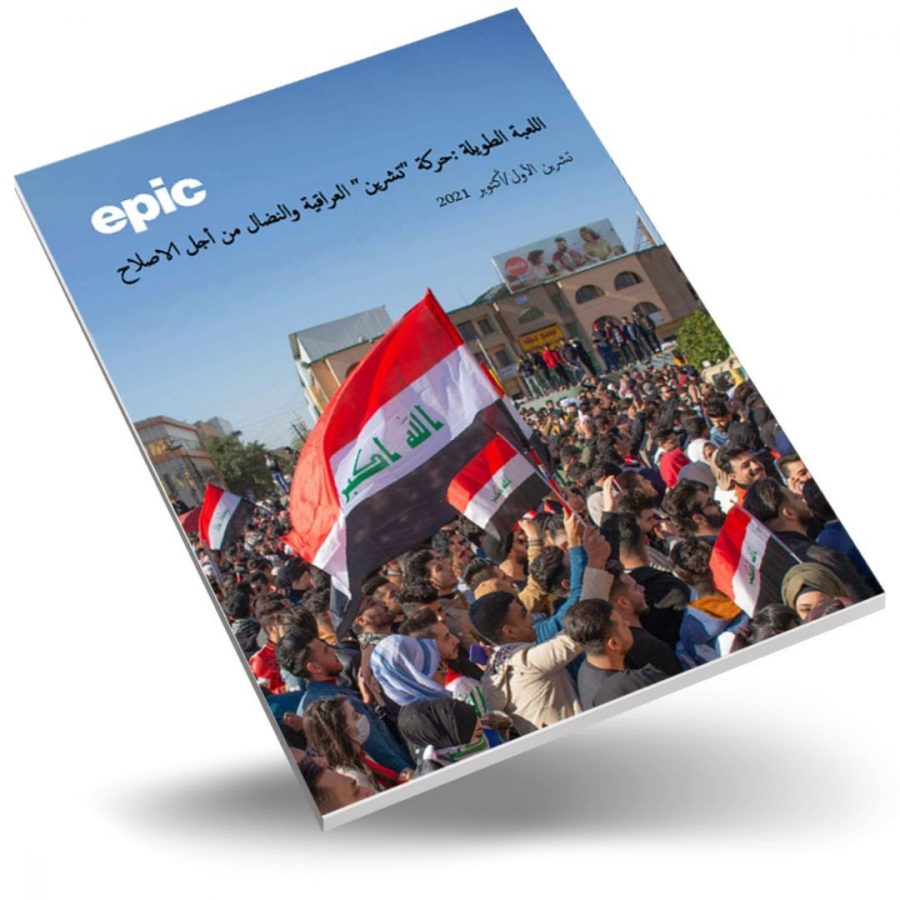 The Tishreen Report in Arabic is Here!

If you want to understand the Tishreen movement, you need the best information, and insight from the people who are part of it. Through focus groups with Tishreen and Iraqi Kurdish activists, a national public survey, and dozens of detailed interviews, this report offers an unmatched, detailed inside look into Iraq’s ongoing popular movement for reform. The report is uniquely valuable because of our close relationships with Iraqi activists and peacebuilders on the ground. From the beginning, we wanted it to be a resource for them. That’s why we’re so proud to announce the Tishreen report is now available in 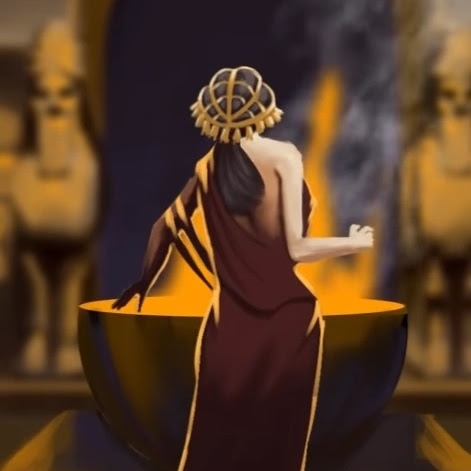 Celebrating the Contributions of Iraqi Women to World Civilization

Today is International Women’s Day, a time to honor the struggles of women around the world and celebrate women’s achievements across time. This week on social media, we have been highlighting the important contributions of women in Iraq. Now, we would like to introduce you to one of Iraq’s most celebrated women — the first human whose name was recorded along with her writing. Her name was Enheduanna. She lived more than 4,200 years ago in ancient Mesopotamia. She was a poet, a priestess, and an Akkadian princess. She hailed from the Sumerian city-state of Ur, birthplace of the written 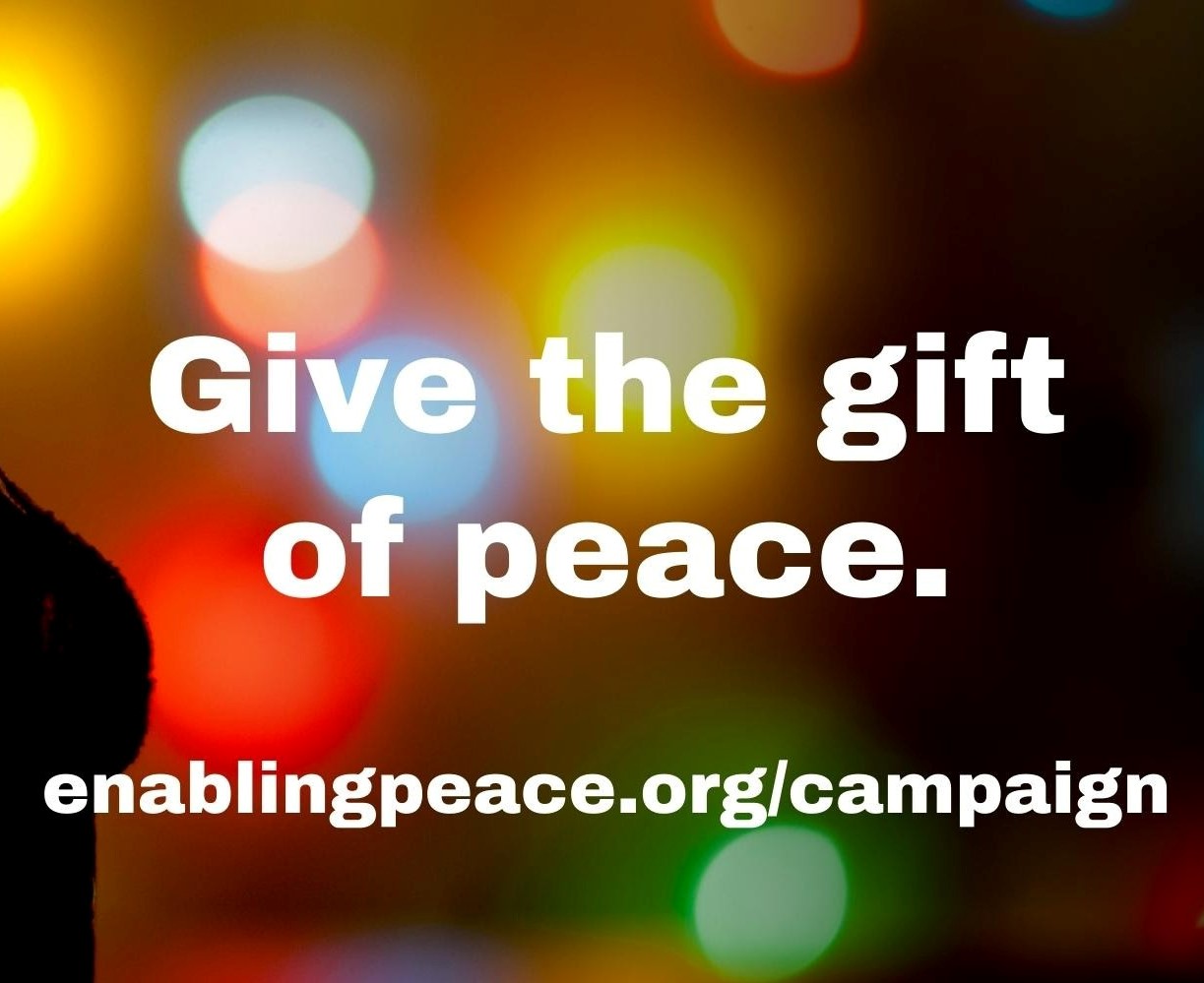 Three goals for impact in 2022

Iraqis have been undergoing tremendous change as they work for a better future, and EPIC is adapting along with them. In 2022, we will sharply focus on three program areas: peace and recovery, human rights and governance, and responding to the effects of climate change. Peace: Recovering after conflict Recovery is not only about buildings and infrastructure. Violence also causes mental and emotional destruction, and tears the social fabric of a community that allows a society to thrive. After a successful pilot project in Sinjar that trained Iraqi changemakers in social media production and change strategy, we are expanding our 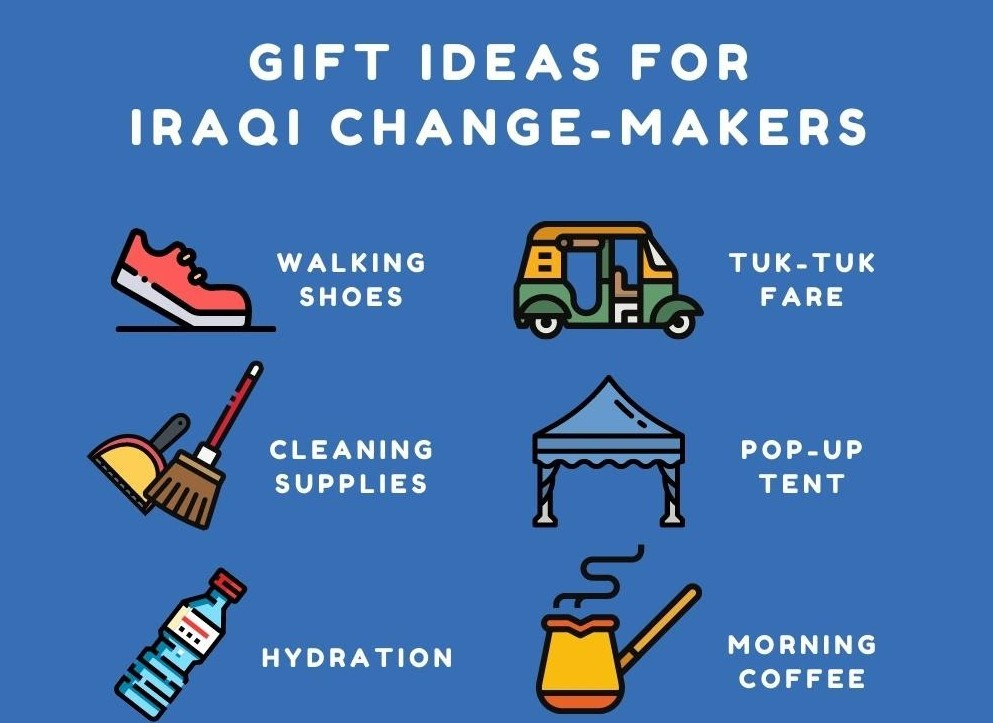 Ten things you should know about Iraq

Yesterday, I posted this 15-minute festive video describing Ten things you should know about Iraq and EPIC’s plans for the New Year. It’s part of our year-end giving campaign. In true holiday spirit, we kick off the list with three of Iraq’s most profound gifts to the world, including contributions to science and religion. Then the list turns to three things that you should know about what’s happening in Iraq right now. I close out the list with EPIC’s plans for 2022 and last but not least, an update on our year-end giving campaign. So I hope you’ll grab

What a month! We’ve been hard at work in October and early November, producing cutting-edge research, engaging policymakers and media, and building a new pillar of our work for 2022. Here are a few highlights of our recent work: One-of-a-kind research EPIC published the #TishreenReport, the product of a year-long study and countless in-depth interviews, including focus group discussions with Iraqi and Kurdish activists. Few publications offer this authentic, ground-level glimpse of Iraq’s national protest movement. It includes an account of the origins of the Tishreen movement, its commitment to reform through nonviolence, the challenges of militias and other obstacles

While Iraq’s next government may be “business as usual,” the election has planted the seeds for change

Originally published by The Middle East Institute – November 1, 2021 Iraq’s Oct. 10 election may be more consequential than its immediate results suggest. Some of the subtle facts and dynamics surrounding the election point to interesting trends and possibilities, more so than the headline-grabbing expansion of Muqtada al-Sadr’s power in the Iraqi legislature, or the losses suffered by candidates representing Iran-backed militias. It may seem paradoxical at first, but this election could provide the conditions for a future rebound in voter engagement. The record low turnout, which Iraq’s Independent High Electoral Commission (IHEC) put at 43% of registered voters (equivalent to 38% of eligible voters), 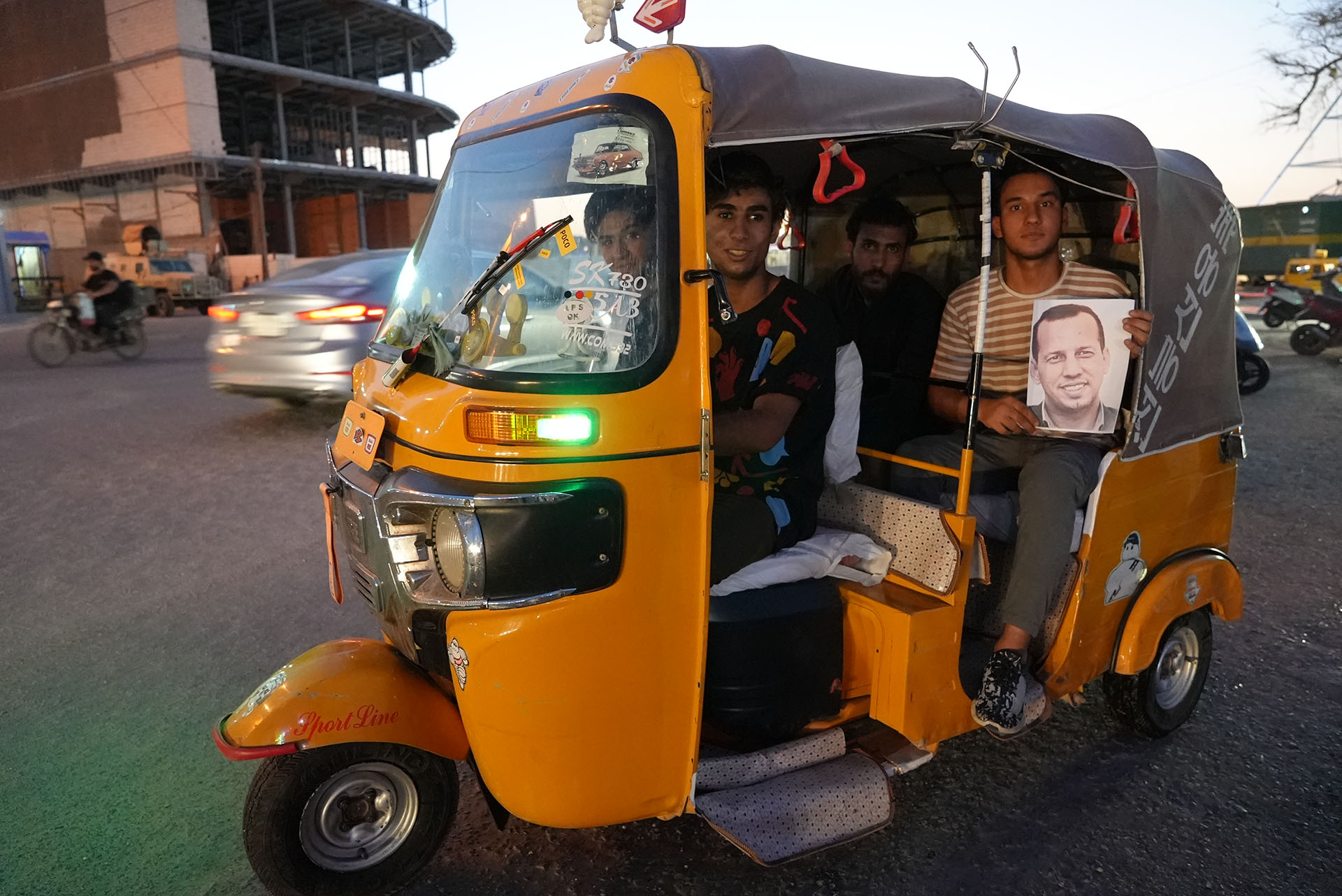 Statement on Sunday’s Elections in Iraq

On Sunday, Iraqis will head to the polls to elect a new parliament. Based on our new report, the pro-reform movement (known as “Tishreen”) enjoys the support of 70% of eligible voters polled. Among decided voters, Tishreen candidates hold a commanding lead with 7 out of 10 saying they plan to vote for candidates representing the protest movement. However, for the movement to translate that popular support into electoral gains, strong voter turnout on Sunday will be essential, along with efforts to ensure a fair electoral playing field. Unfortunately, political violence and widespread concerns about election violations are making that 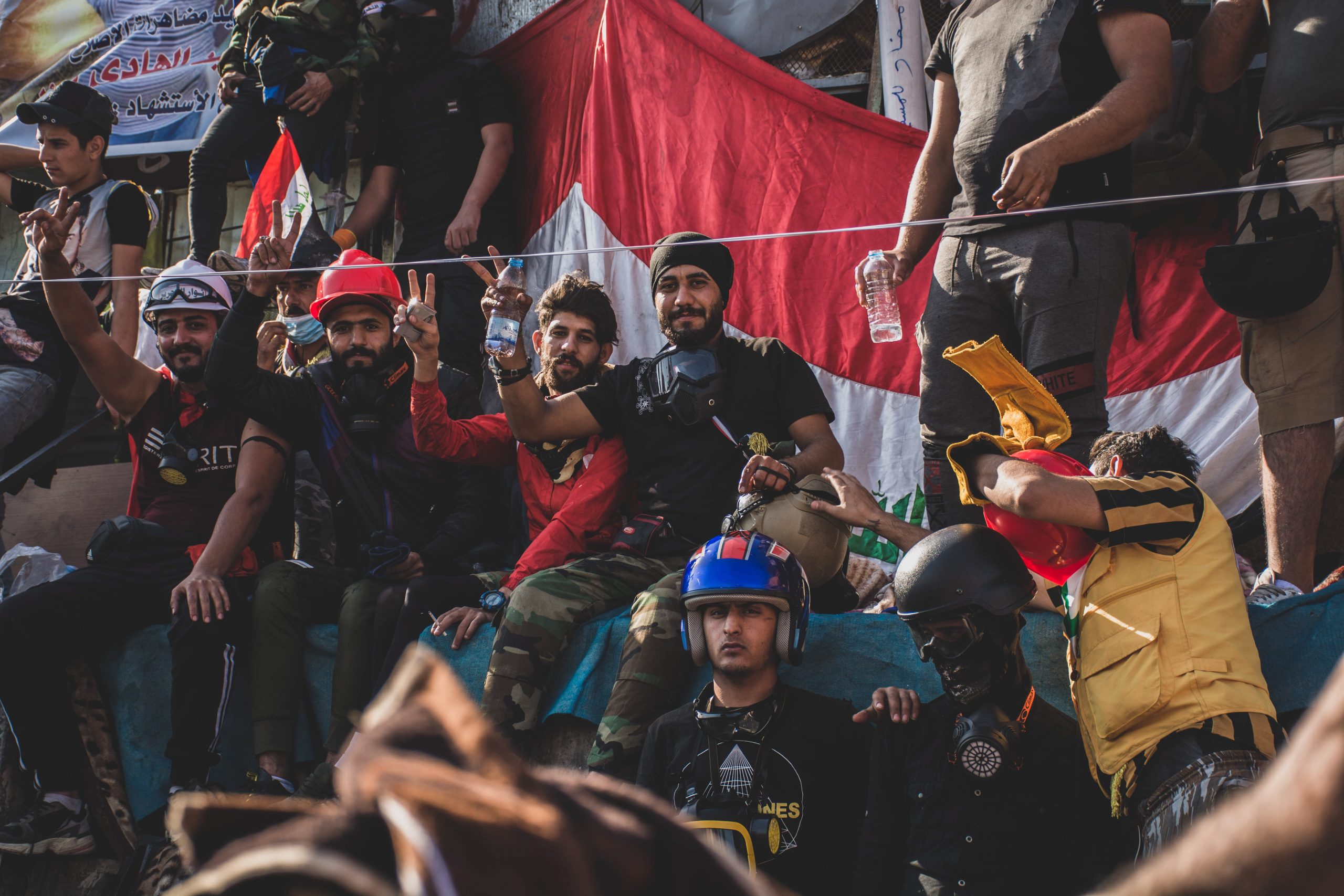 NEW REPORT: An Inside Look at Iraq’s Popular Movement for Reform

Two years ago today, tens of thousands of Iraqis began turning out at Baghdad’s Tahrir (“Liberation”) Square to peacefully demand their rights. They were sick and tired of being sick and tired of their government’s failure to fight corruption, deliver basic services, or create enough jobs for the 500,000 or more young people entering the work force each year. In public squares in the port city of Basra and other cities across southern Iraq, people turned out in great numbers. Tuk-tuk drivers ferried people to protest sites, often for free. Many other Iraqis donated and volunteered their services to the 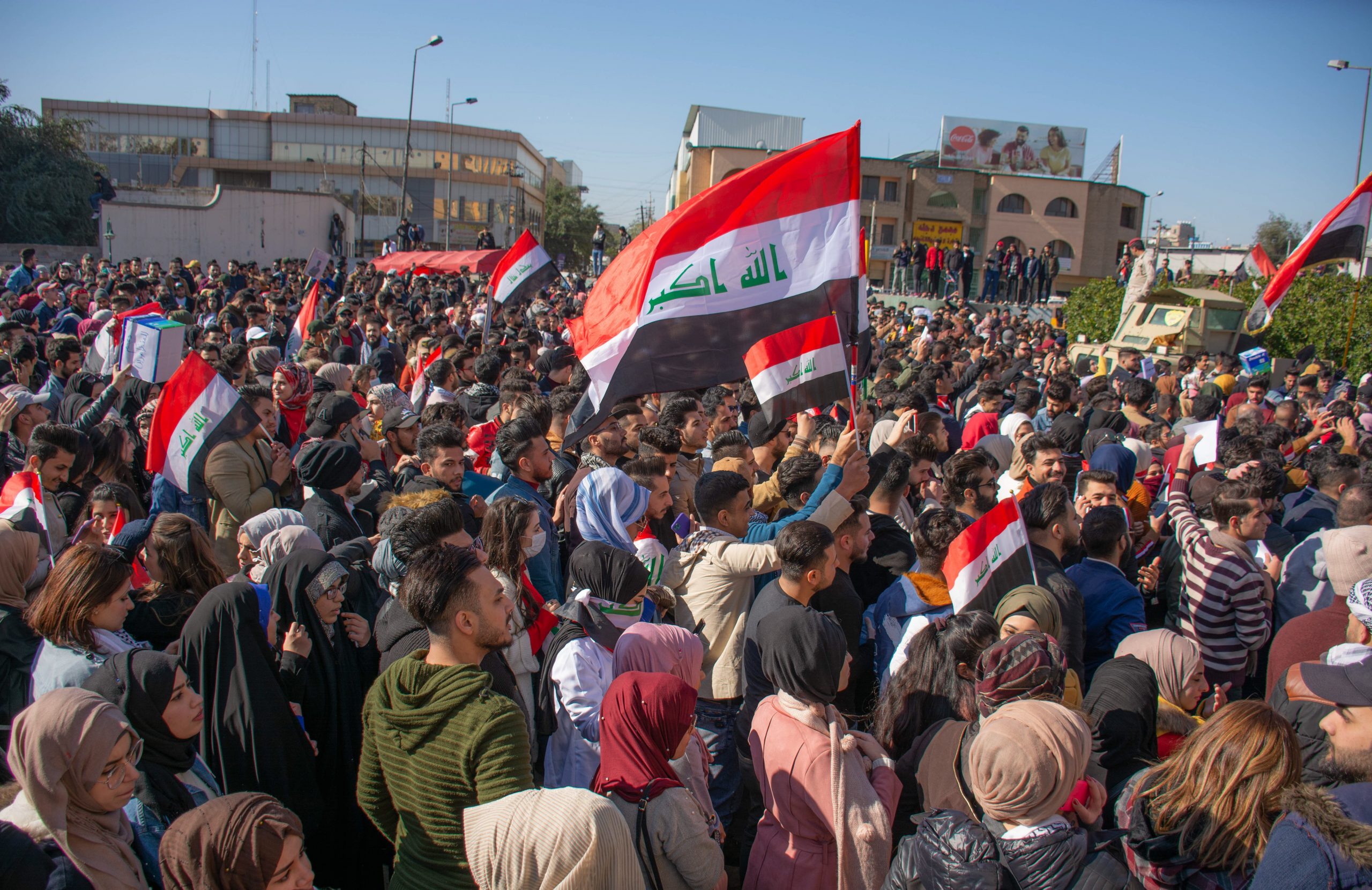 EVENT: “The Long Game: Iraq’s ‘Tishreen’ Movement and the Struggle for Reform”

On October 1, 2019, a broad-based protest movement demanding systemic political reform took hold in Iraq. Activists dubbed their movement Tishreen from the Arabic word for October. Iraqi security forces and militias backed by Iran responded with lethal force, killing hundreds of protesters and wounding many thousands more. And yet the protests persisted, peacefully forcing a change of government, the passage of a new election law, and the scheduling of early elections — currently set to take place on October 10th. Two years later, what does the future hold for the Tishreen movement? We cordially invite you to the release 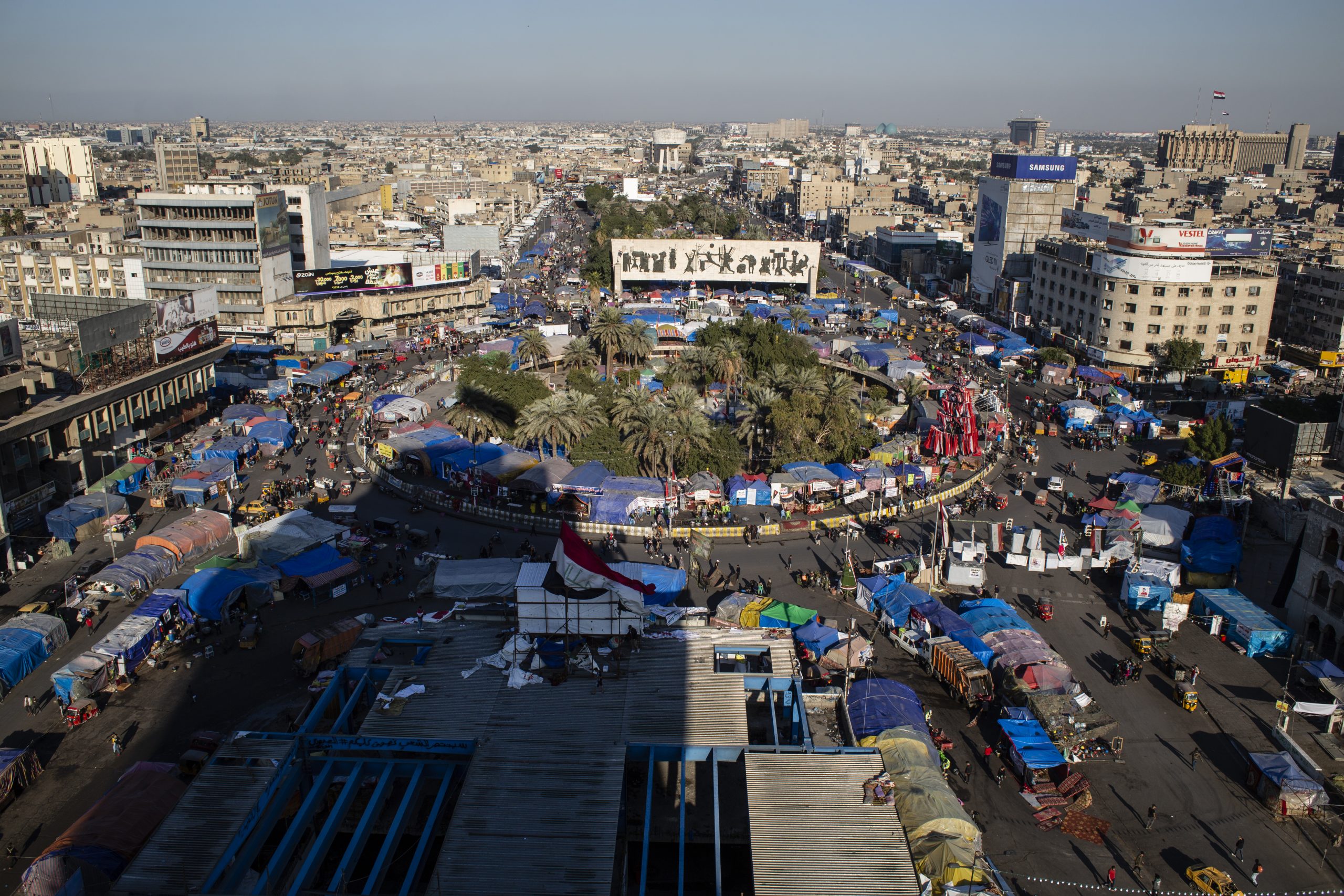 Polls Give Iraq’s Reformers the Advantage, the Vote May Be Theirs to Lose

Originally published by Fikra Forum – August 20, 2021 This October will mark the two-year anniversary of Iraq’s Tishreen protest movement that shook the country’s political establishment, bringing down the government of Prime Minister Adil Abdul-Mahdi and compelling Baghdad to schedule early parliamentary elections. October is also when those elections are currently set to take place. The movement and its supporters are demanding systemic reforms to address state-sanctioned corruption, rising unemployment—particularly among the country’s youth majority—and a continuing lack of essential services. When government forces and militias loyal to Iran responded to the largely peaceful protests with excessive and lethal

Join Us in an effort to bring lasting peace, human rights, and environmental justice to Iraq and Iraqi Kurdistan.

Help further our research and programming to enable peace, rights and climate action in Iraq.